From Dusk to Dawn: Best views in Louisville 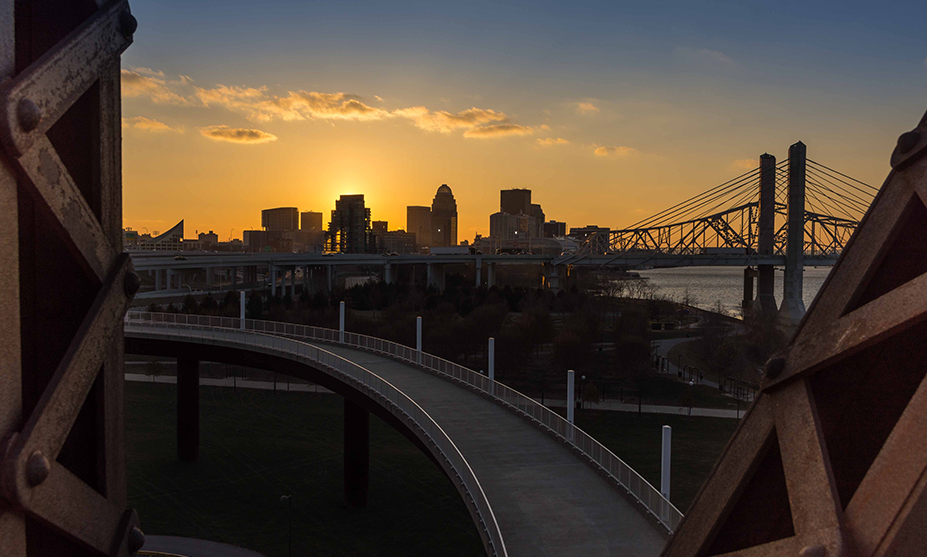 With its waterfront views and expansive downtown skyline, few cities offer picture worthy scenery quite like Louisville. If you’re ready to snap some stunning photos for Instagram, look no further. These must-see spots will have you in awe.

It’s the picture that brought you here. The stunning sunset view from the Big Four (walking) Bridge is nearly indescribable. The skyline, the architectural elements, the river...it all comes together to create one of the most spectacular vantage points the city has to offer.

From atop Kentucky Kingdom’s classic Giant Wheel, 150 feet up, you’re privy to one of Louisville’s most panoramic views, stretching from the downtown skyline to the hilltops of Iroquois Park and beyond.This is one time where we suggest not keeping both hands inside the car (just momentarily, of course) so you can capture the beauty in all its splendor.

Louisville Waterfront Park is an 85-acre municipal park located adjacent to the downtown area of Louisville, and nestled alongside the Ohio River. It’s a tough view to beat, with the reflective waters of the river serving as an idyllic backdrop. Add to that the monthly free concert at Waterfront Wednesday (June-September annually), and you have all the makings of the perfect outdoor location.

The Belle of Louisville

The Belle of Louisville might be the only site on this list that has a leg up on all the other views (waterfront or not). That’s because a ride on the Belle is about the only thing that can top viewing the sunset over the Ohio River. As they say, this historic Louisville classic is not just a boat, it’s a time machine. Step back to the era of steamboats and see what all the talk is about for yourself.

The North Overlook at Iroquois Park has long been considered by most to offer the best views of the city. On clear days, you can even spot Churchill Downs from the overlook. The road to the top of the park can be a bit of a hike (literally), but may be used by pedestrians and cyclists daily throughout the year. It's open to motorists from 10 a.m. until 8 p.m. on Wednesdays, Saturdays and Sundays.

We’ll feature some pretty incredible photography of this site on social (@lifestylecommunities) later in the year. Until then, we highly encourage a visit to this historic site. The Gothic style Gatehouse building - completed in 1879 - was restored and then reopened to the public, with more than 500 visitors passing through the building after an 18-month restoration project. Except for work after the 1974 tornado, this is the first large-scale restoration of the gatehouse, which was designated a Kentucky Historic Site in 2010. It’s the ideal focal point of your next photography outing. Visitors can tour the inside of the newly restored gatehouse from 11:00 a.m. - 7:00 p.m. the second Wednesday of every month, June - September, during the site’s Walking Wednesdays series.

Have you been to any of these sites? Captured any good images? Feel free to share them with us by tagging @lifestylecommunities on Facebook and Instagram. We’ll continue to post more of our favorites, too. 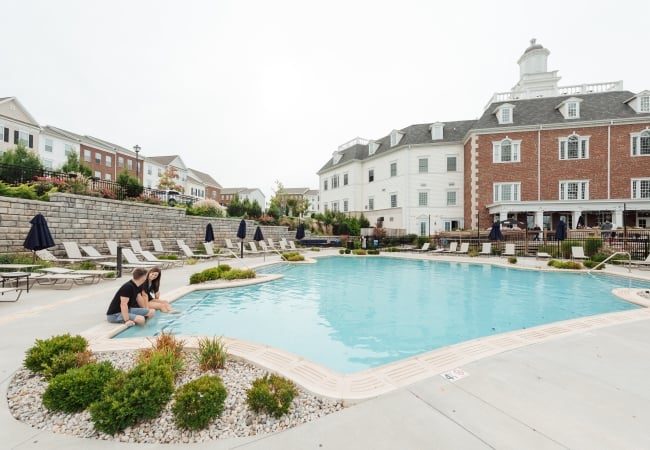