Our experience at Five Daughters Bakery 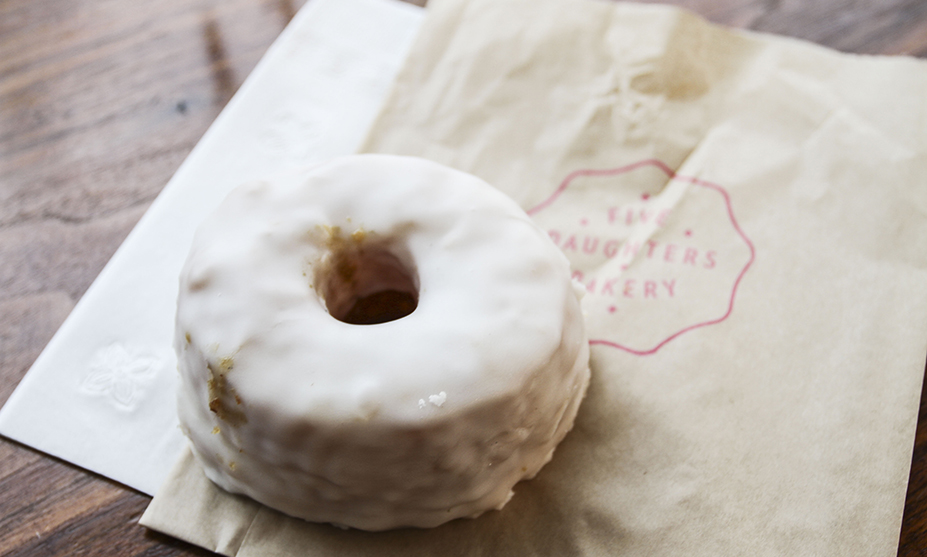 If you’ve yet to experience the magic that is Five Daughters Bakery, bookmark this page and come back after you’ve tasted one of their 100 layer doughnuts. We’ll wait. If you have been there, then you have a pretty good idea of why a blog about the experience is completely necessary. This creative spin on the cronut (a hybrid of a croissant and a doughnut) takes up to three days to craft. Once cooked, the 100 layer decadent creation is rolled in sugar, filled with cream and topped with a glaze.

They offer seasonal flavors that are so good, you’ll be bummed they aren’t offered annually. But then you’ll taste one of the staple flavors - like vanilla cream, chocolate sea salt or The Purist - and all will be right in the world again. We’ve had one of each (fine, TWO of each) and we can attest to the magic that lies in those 100 layers. Earlier in the summer, we found ourselves in Franklin, Tennessee and decided to stop by the Five Daughters Bakery kitchen / production facility to see all of the behind-the-scenes action for ourselves. And maybe to sneak some extra bites of the doughnuts. Here’s what we learned:

When we first reached out to them about making a visit, we were told to arrive early if we wanted to see the crew live and in action. The retail section of the bakery at the Factory at Franklin opens at 7am, but the work by the staff happens well in advance of that. We’re talking 2am early. By the time we arrived, the team had been furiously filling and decorating donuts for about five hours, and we hadn’t even had our coffee yet.

The other thing we immediately noticed was the sense of camaraderie amongst the group. It was very apparent that they have a passion for their work and genuine appreciation for each other. The room felt more like a night spent gathered around the kitchen baking with friends and family than a production area for a bakery. We imagine that’s exactly what they had in mind when they created it. Everyone knew their role and what had to be done to get the doughnuts created as quickly and efficiently as possible, but there was also plenty of laughter and jokes that made it a really fun environment to witness.

As they say, “if it ain’t broke, don’t fix it.” That holds true here where the team at Five Daughters have clearly developed and implemented a method that gets the best tasting doughnuts and treats from the kitchen into the stores. The process operates like a well-oiled machine. From the dough and prep team to the bakers and decorators, and the line cooks to the sales team, everyone has a specific task that must been accomplished before the next group can do their part. It’s probably part of why the staff gets along so well - they rely on each other to create the best product possible and work together to ensure that happens each and every day. No team is successful without help from the other, and that’s an idea we can stand behind, too.

The Bang Is Worth the Buck

If you think of the Five Daughters product like a regular doughnut and compare it to other doughnuts (we see you, Krispy Kreme), the cost might throw you off a bit. Don’t let it. There are a lot of reasons why the 100 layer doughnut costs a bit more, but here are three right from the team themselves:

All of that to say this: it’s worth it. The flavor, the texture, the care behind each and every bite. It’s worth the slightly more expensive cost. If you’re had one, you get it. And if you haven’t, you will.

We were blown away by the experience we had with the Five Daughters Bakery team and love their brand even more now that we know more about them. The passion and dedication they have for creating the best cronut/doughnuts is evident in everything they do, and we’ll be fans for life. Try it for yourself at any one of their five locations - the Factory at Franklin, East Nashville, 12 South, Ponce City Market or Seaside, Florida. To learn more about the team and products, head over to fivedaughtersbakery.com or follow them on Instagram or Facebook. 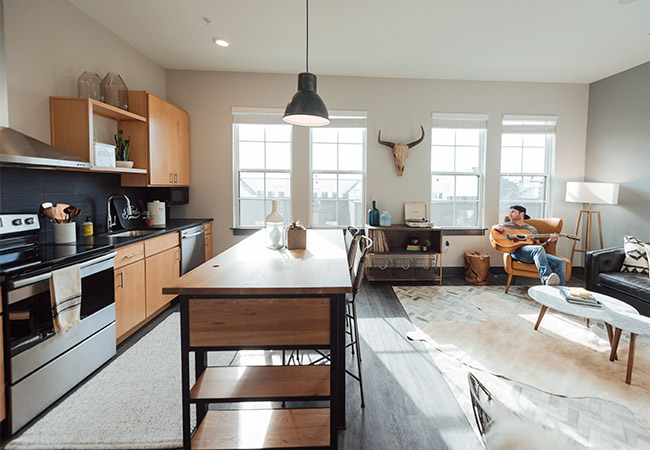